We take Halloween very seriously around here. For previous Halloweens, Charlene had tried to make “The Great Pumpkin” a thing.  What is “The Great Pumpkin” (TGP) you ask?  He is a pumpkin that comes on the night of Halloween, takes all of your candy, and leaves a toy in it’s place.  This worked for one year before the boys realized it was a total screw job.  Eli decided to take matters into his own hands and left this note:

Just in case you’re struggling to read the note, it says “Please don’t let the Great Pumpkin get our candy”.  They were afraid that a pumpkin may not be able to read, so they drew the picture as well to make sure that the pumpkin knew he was not to grab their full happy buckets. 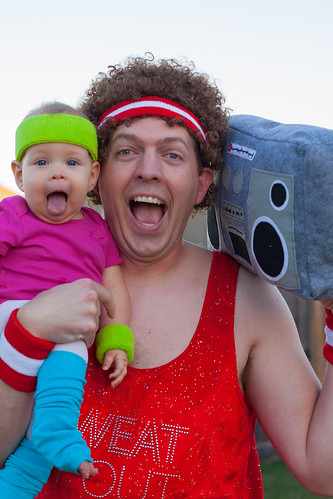 The boys are at the age where it doesn’t matter that it’s near freezing outside, we will not stop until the bucket is full. They are also awesome at sharing, so I know that I’m getting a decent cut of that sweet sweet candy.  I had to be motivated, because my costume of choice this year was not ideal for the weather. Mira was going as an aerobics instructor, so I decided I better be Richard Simmons so we could make a good team.

Not only did I think it would be a good idea to go trick or treating in this costume, but I also entered the first annual Cox costume contest.  I was very happy to win the Funniest Costume category, but I’m afraid my coworkers will never get this image of me out of their head. 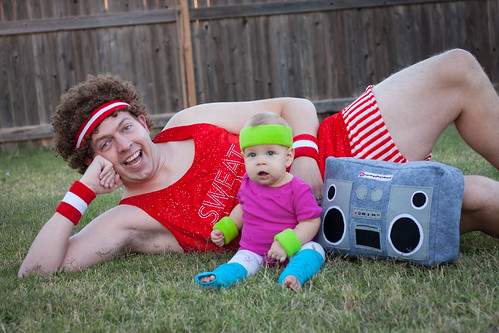 Here’s the whole crew ready to get our trick or treating started.  I think Mira and Charlene made it about 200 yards before deciding it was too cold and heading back to the house.  The boys stayed out until the buckets were full and everyone was numb. 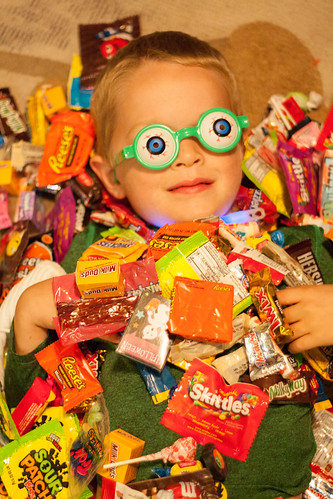 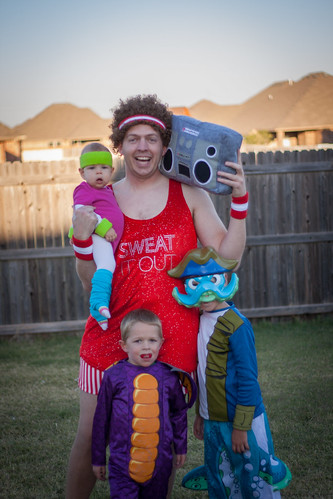 Last year the candy lasted for weeks and they were constantly harassing me about it, so this year I did what any smart parent would do and told them they could have as much candy as they wanted on the Saturday after Halloween.  They did make a huge dent in the candy, but we paid the ultimate price of dealing with two crazy children who felt like garbage. Pretty sure they passed out or went into a diabetic coma that evening. I’m just glad nobody had to clean up rainbow puke. 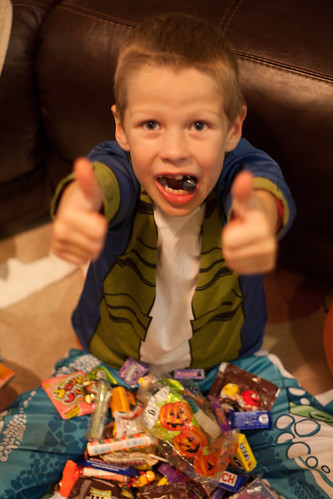